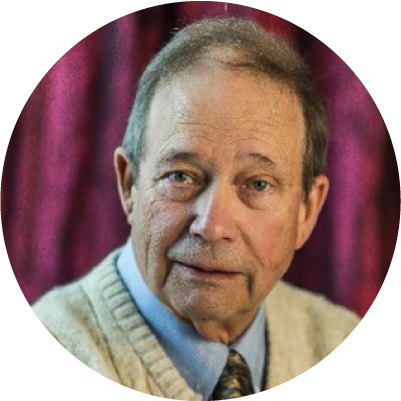 Born in small-town Central Georgia to a family with a farming background, Wm. Hovey Smith, received his early education in a segregated public school system and progressed to the then being intergraded University of Georgia where he majored in geology. He then became an officer and served two-and-a-half years in Alaska as a Lieutenant of Engineers. for which service he was awarded the Distinguished Service Metal. He then attended the University of Alaska where he received his Master’s Degree in Geology and worked as a minerals exploration geologist throughout the U.S. often leading months-long exploration parties in Alaska.

After publishing his first newspaper pieces in High School, Smith continued writing newspaper and magazine articles during his college and early working years, and ultimately published more than 20 books with main-line and independent publishers on a variety of subjects including geology, architecture, health issues, and predominantly on guns and hunting, specializing in hunting with muzzleloading guns. For ten years he was the Corresponding Editor covering black-powder guns and hunting for the Gun Digest Annual.

Experiencing a decline in his physical abilities in his late 70s, Smith hosted a podcast radio show Hovey’s Outdoor Adventures and then turned his attentions more towards writing business and lifestyle books, and updating his series of Short Shot books on muzzleloading guns with video-linked content with the last of these being published in early 2022. He also became interested in YouTube videos, producing nearly 900 of them to date.

Always interested in trying new methods of expression, Smith published his first novel in 2021 taking the unconventional approach of publishing a First Draft Edition as Father of the Grooms, then writing a screenplay, revising it several times, and concluding with publishing the revised novel as Until Death Do You Part: An American Family Meets Their Sicilian Cousins, in 2021 using the screenwriting experience to improve the novel which was published as a softcover, e-book, and audio book. He also completed his most recent business book, the critically acclaimed Make Your Own Job: Anytime, Anywhere, At Any Age, which was also published in all three formats. All of Smith’s in-print titles are available from Amazon.com and other e-book and conventional booksellers worldwide.

Smith is available as a humorist speaking on outdoor topics, and as a speaker on entrepreneurship, survival, and self-reliance. He is presently seeking main-line publishers for his business book and novel and producers for his screenplay currently titled, “Blood Ties.”